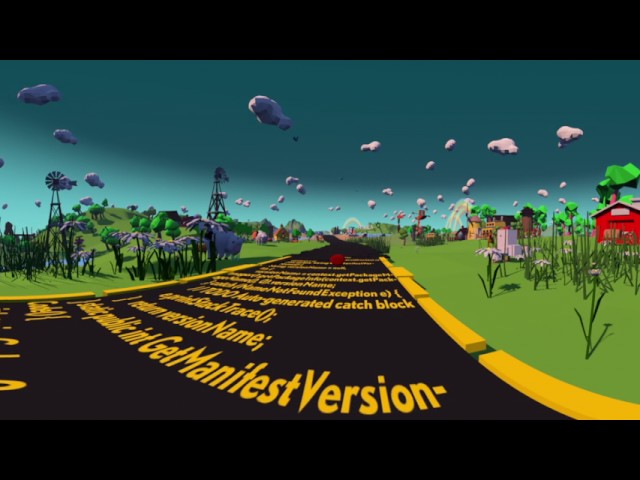 yU+co created a site-specific, large-scale animated film for the Google I/O Developers conference, which originally played on multiple panels spanning 17 feet high x 591 feet around. The animation was then converted to a 360 experience, highlighting its colorfully detailed visual landscape and playful audio.

With the use of a 360 shader applied to the 3D environment, we were able to recreate this 360 world with ambisonic audio, allowing the viewer to feel fully immersed. By using a single, seamless camera movement, the viewer is transported into this low-poly world, following the big red dot through the town as a tornado hits, hurling cows, chickens, cars and everything else in its wake.

This marks yU+co’s expansion into further discovery and implementation of VR capabilities, taking traditional media and rethinking its application into an immersive environment. We invite you to be swept up in this playful film on your phone, Google Cardboard or Samsung Gear. Be sure to listen with headphones to enjoy the 360 audio.

This large-scale film was converted into a 360 experience by applying a 360 shader to the existing environment.